image: One of the giant jackrabbits of New Life. They may not be angels, but they are magnificent, surprising, and hard to pin down.

22 The same night he got up and took his two wives, his two maids, and his eleven children, and crossed the ford of the Jabbok. 23 He took them and sent them across the stream, and likewise everything that he had.

24 Jacob was left alone; and a man wrestled with him until daybreak. 25 When the man saw that he did not prevail against Jacob, he struck him on the hip socket; and Jacob’s hip was put out of joint as he wrestled with him. 26 Then he said, “Let me go, for the day is breaking.” But Jacob said, “I will not let you go, unless you bless me.” 27 So he said to him, “What is your name?” And he said, “Jacob.” 28 Then the man said, “You shall no longer be called Jacob, but Israel, for you have striven with God and with humans, and have prevailed.” 29 Then Jacob asked him, “Please tell me your name.” But he said, “Why is it that you ask my name?” And there he blessed him. 30 So Jacob called the place Peniel, saying, “For I have seen God face to face, and yet my life is preserved.” 31 The sun rose upon him as he passed Penuel, limping because of his hip.

Jacob stole his brother Esau’s blessing. When their father Isaac was old and blind, Jacob and his mother Rebecca, through trickery and deceit, got old Isaac to bless the second-born twin, rather than the rightful heir, Isaac’s favorite, Esau, the firstborn.

Jacob fled, and went to the land of his mother’s family, and worked for his uncle Laban for many years, eventually marrying both of Laban’s daughters. Jacob is the father of the nation of Israel, and he’s not particularly brave. He is a trickster, really. He’s a good farmer - good with sheep and goats. But when the going gets tough, he usually flees. He’s an odd hero.

So maybe that’s part of the lesson for us in this story. The Hebrew Bible, the Old Testament, is one of the most ancient books we have, and an incredible historical resource whether or not you believe it is Holy Scripture. But it isn’t written like other history books, then or now. It doesn’t just record the victories and make the nation of Israel and the heroes look good. The Hebrew Bible leaves in the ugly parts. The sins and weaknesses. And the lesson there is, God can use any of us. God can use Jacob, who has some animal husbandry skills and charm, but is a bit of a coward and a liar. God can use even Jacob’s weaknesses and faults for God’s purpose. And so God can use ours, too. God loves Jacob and blesses him, just as he is, flaws and all. And God loves us, not despite our flaws, but including all of them: God loves us completely, just as we are.

And the other thing, I think, about this story, is about wrestling a blessing out of an angel.

Jacob is scared to meet Esau, after so many years. Esau is coming with many men, the scouts say. Jacob, in true form, sends his camp - servants, flocks, wives and children, ahead of him, with gifts for Esau. To soften him up. Jacob stays behind a night, on the other side of the river Jabbok, and camps there alone.

In the night, he is attacked by a strange man in the desert. They wrestle all night, and finally, the stranger, seeing that he is not going to win, strikes Jacob in the hip, putting the hip out of its socket. Still, Jacob holds on. The stranger says, “Let me go, it is morning.” Jacob says, “No, not until you give me a blessing.” At some point in the night, Jacob has realized that this is no mortal, this is a messenger from God.

Jacob never recovers from the injury to his hip, but limps his whole life long. But he wrestles a blessing out of that angel. The angel gives him a new name, Israel, meaning, “I have striven with God and humans, and have prevailed.” Jacob’s 12 sons become the fathers of the 12 tribes of Israel. He is blessed to be the father of a nation, the chosen people of God. Jacob is tenacious, and he is rewarded for that virtue, despite his other flaws.

The writer and teacher Parker Palmer writes about how he’d like to be really good at contemplative prayer and practice, but that he isn’t, and he’s mostly what he calls a “contemplative by catastrophe.” After trying to become more holy, searching, he realized that

Contemplation does not need to be defined in terms of particular practices, such as meditation, yoga, or lectio divina. Instead, it can be defined by its function: contemplation is any way one has of penetrating illusion and touching reality.

…I might lead a contemplative life — as long as I keep trying to turn experience into insight. For example, facing into failure can help vaporize the illusions that keep me from seeing reality. When I succeed at something, I don’t spend much time wondering what I might learn from it…

But when failure bursts my ego-balloon, I spend long hours trying to understand what went wrong, often learning that the “what” is within me. Failure gives me a chance to touch hard truths about myself and my relation to the world that I evade when I’m basking in the glow of success and the illusions it breeds.

That makes me think of Jacob and the angel. I don’t imagine Jacob was glad for being attacked in the night - he lived with a limp and leg pain the rest of his life. Which is such a great metaphor for the hardships in our lives. When catastrophe attacks us, even if we survive, we are battered, and we carry scars forever. Think of any terrible thing you’ve lived through, and think of the scars on your heart, if not also your body. We walk into the world wounded after those encounters with marauding forces.

But Jacob didn’t let go of the catastrophe until he got a blessing out of it. On the other side of the struggle, once he realized he was going to survive, he demanded that some good come from the bad. And though he limps to his meeting with his brother, Esau meets Jacob with grace and forgiveness and they are reconciled, and Jacob’s descendants do become a great nation, and one that leaves a spiritual record for us, thousands of years later.

As Parker Palmer puts it:

My wake-up calls generally come after the wreck has happened and I’m trying to dig my way out of the debris…daily I stay alert for the disillusionment that will reveal the next thing I need to know about myself and/or the world. Whatever it is, I’ll try to work my way through it until a hopeful reality is revealed on the other side. Regret can be turned into blessing.

That’s the other good news of this great old story: God can use even bad things for good. God doesn’t send bad things to make us better people, but God is with us through them, helping us have strength to wrestle, and God can use our brokenness to bless the world.

Hang on. When the stranger attacks in the night - the stranger of death, tragedy, loneliness, betrayal, disease - whatever form it takes, hang on. God is with you, and you can survive. And then when you do, hang onto that wreck, and look at it, search it, demand that it give you the blessing on the other side. The blessing of a learned lesson, of being stronger, of being able to relate to others in the same situation - whatever that blessing may be. We are not ever glad that terrible things visit us, and throw us to the ground and beat us up, but we can try to take something good away, emerge from the wreckage, limping, but with blessing in hand. 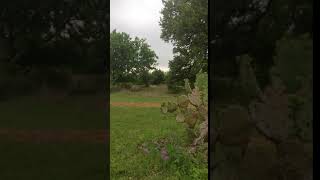